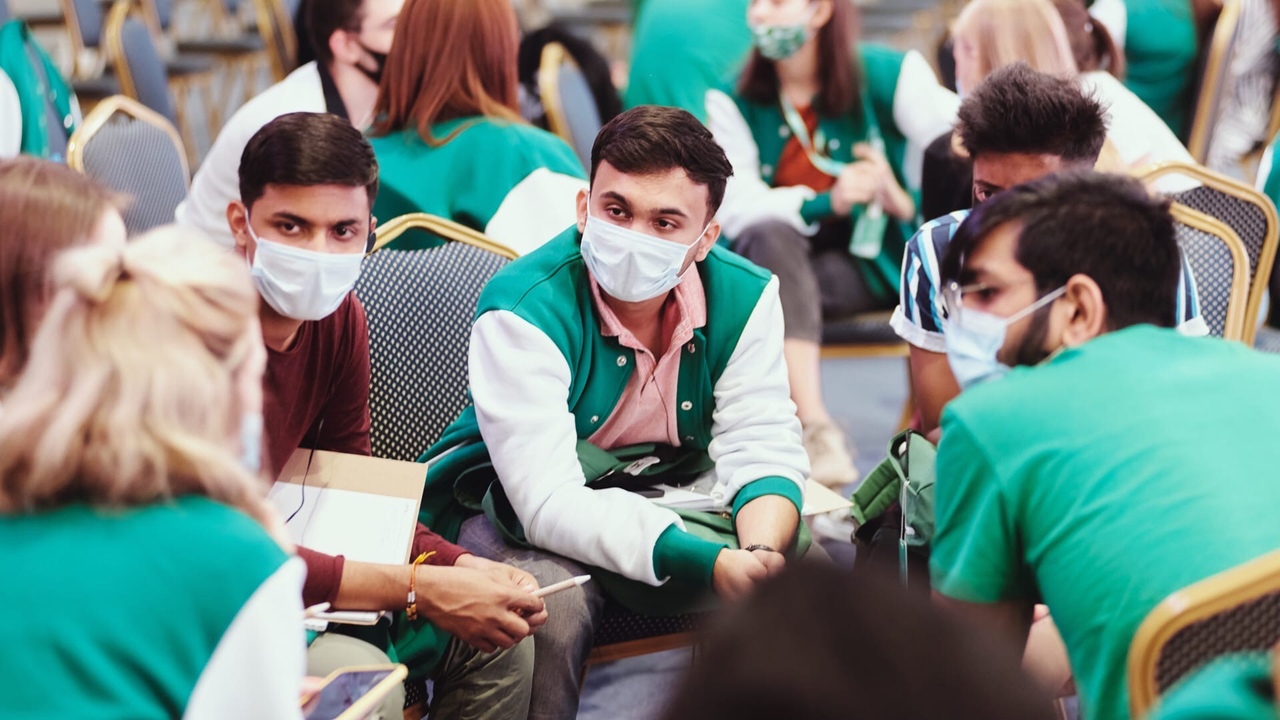 During the session of the Project office "Russia – OIC" Tatyana Seliverstova, Head of the International activities Department of Rosmolodezh, and Timur Suleymanov, first Deputy Minister of Youth Affairs of the Republic of Tatarstan, made welcoming speech to the participants.

Among the speakers were the Chairman of public organization "Academy of youth diplomacy" Diana Fazlitdinova, Aigul Gabdrakhmanova, Director of SBI of Kazan "Molodezhniy tzentr "Selet", Aykhan Takha, the President of the youth Organization of Islamic Cooperation forum, and Elmaddin Mekhdiev, Head of the Eurasian branch of the Youth forum of the Organization of Islamic Cooperation. In addition, the Laboratory of international cooperation was organized, during which participants developed a number of proposals and initiatives to expand cooperation with the OIC countries in various fields.

Tatyana Seliverstova, Head of the International activities Department of Rosmolodezh, Andrey Kozlov, Deputy Director-Head of the State Youth Policy Department of the Yamalo-Nenets Autonomous district, Department of youth policy and tourism, and Sebastian Molgat, Chairman of the Arctic youth network spoke at the session of the "Russia – the AС" Project office.

The participants of both sessions considered the specifics of the work with young people in the Republic of Tatarstan and the Yamalo-Nenets Autonomous district, and presented the main activities and work plans of project offices as well . They discussed the most promising areas of interaction between the youth of Russia and the OIC and AC countries.

Let us remind that in 2020, Rosmolodezh, together with the governments of a number of regions of the Russian Federation, is planning to launch Project offices for international youth cooperation in four areas: "Russia - the Arctic Council" (the Yamalo-Nenets Autonomous district, Salekhard),"Russia – the Organization of Islamic Cooperation" (the Republic of Tatarstan, Kazan),"Russia – BRICS" (the Ulyanovsk region, Ulyanovsk), and "Russia – the Central Asian region" (the Omsk region, Omsk).