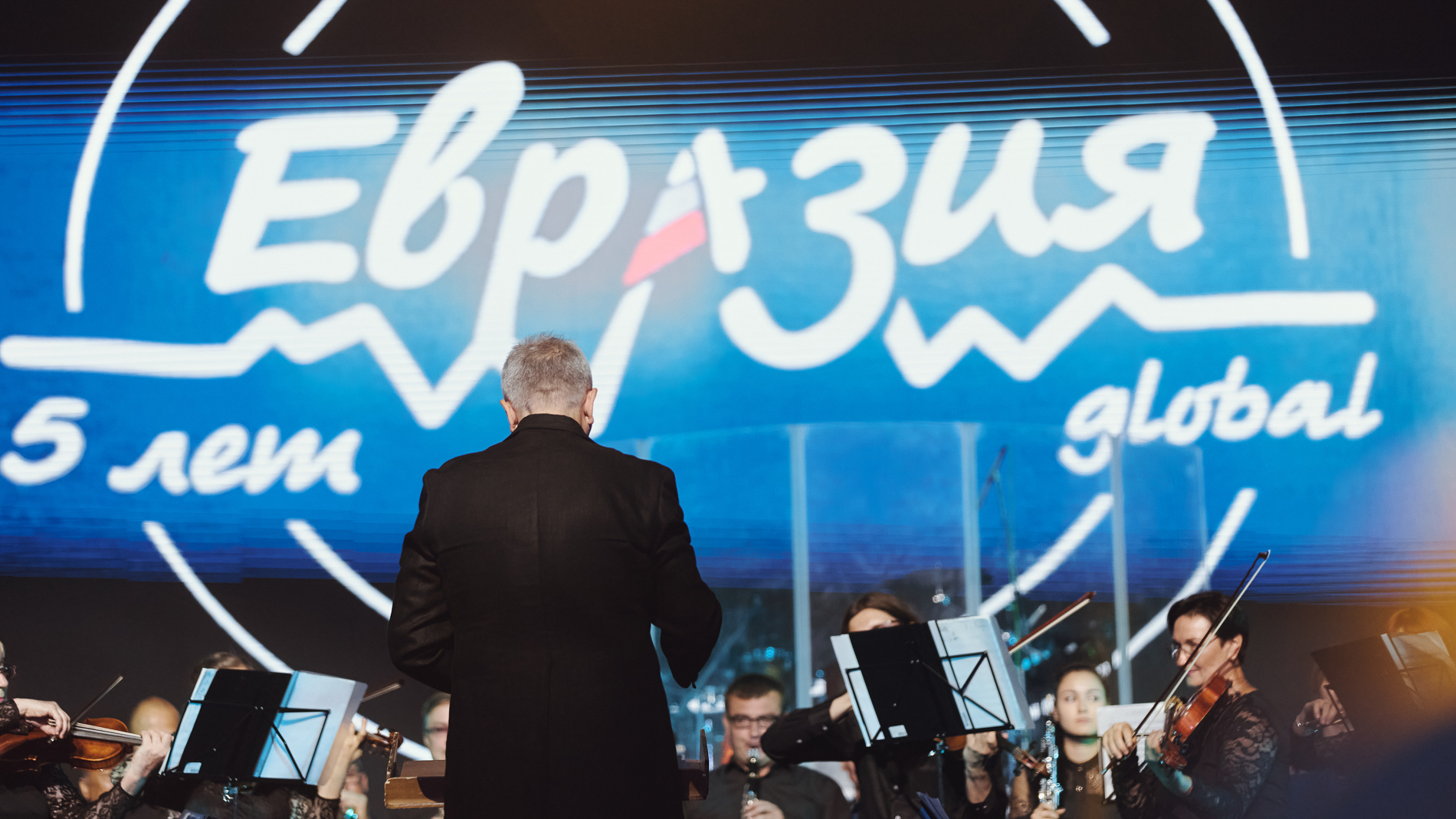 On September 2, 2020 Orenburg hosted the Grand opening of the fifth anniversary International Youth forum "Eurasia Global". This year it is organized for the first time under the auspices of UNESCO and brings together about 500 young people from 50 countries in an offline format and more than 1000 young opinion leaders from 60 countries online.

Igor Sukharev, acting Vice-Governor and Deputy Chairman of the Orenburg region Government for Domestic policy, Minister of Regional and Information policy of the Region, and Andrey Platonov, Deputy Director of the Federal Agency for Youth Affairs, congratulated all participants on this event from the main stage of the Sport and Concert Hall "Orenburzhje".
Andrey Platonov read out the welcome speech of Vladimir Putin, the President of the Russian Federation, to the participants, organizers and guests of the forum.

"The forum occupies a worthy place in the bright palette of our country youth forums. It is always distinguished by a high level of training and preparation, the atmosphere of creation and creativity. It always welcomes energetic, purposeful young people from Russia and other countries, provides them with excellent opportunities to discuss current issues of young people concern, and identify priority areas for joint work," the President's message reads.

On behalf of the Federal Agency for Youth Affairs, he expressed hopes for practical cooperation and implementation of joint Russian-foreign youth and public projects:

"The heart of Eurasia has united the most active youth not only of our country, but also of the near and far abroad countries. I am sure that you will usefully spend these days at the forum to bring home positive emotions, bright projects and useful contacts."
According to Igor Sukharev, the main result of all five forums’ meetings was the continuation of cooperation between participants after their completion:

"Over the years, more than a hundred of different contracts and agreements in the humanitarian sphere have been signed at the forum. About 150 international projects have been developed and implemented jointly by forum participants. There is no doubt that the anniversary forum will become even more effective."

On behalf of Sergey Lavrov, the Foreign Minister of the Russian Federation, Andrey Khibakov, acting Head of the territorial authority, Representative of the Foreign Ministry of the RF in Orenburg addressed all those present .

"In just a few years, the forum has established itself as a popular dialogue platform that brings together talented young people from Russia and different foreign countries. Their joint intellectual efforts contribute to the implementation of various initiatives in the Eurasian space, and contribute to the strengthening of international cultural and humanitarian cooperation. I am convinced that this time, too, the forum will promote maintaining trust and mutual understanding in the world and regional affairs”, –the greeting reads.

The opening ceremony was preceded by an introduction to the forum management. The organizers encouraged those present to work productively and identified Eurasia Global as a launching platform for professional and career growth. In addition, the participants had time to exchange their valuable ideas, contacts, and establish interaction in an informal networking environment.
The first educational day is starting with an open dialogue between forum participants and representatives of government authorities. They will discuss issues of State youth policy in Russia.

The forum program includes the business part, the space for interaction of participants and the cultural program. In the year of the 75th anniversary of the Great Victory, many events at the forum will be dedicated to this memorable date.
There is also going to be the Grant competition supported by the Federal Agency for Youth Affairs for Russian participants and the A.M. Gorchakov Fund providing support for public diplomacy for foreign participants. The event lasts until September 8.

The forum's mission is to unite the youth of the Eurasian continent around the idea of the Russian world. For the fifth year the "Eurasia Global" forum proves to be the stable platform, where the conditions are created for dialogue of youth organizations and individual young people of the Eurasian continent, aimed at interaction of Russian-speaking foreign citizens, ready for practical cooperation and interaction with the citizens of Russia.

The forum is organized by the Federal Agency for Youth Affairs, the Government of the Orenburg region, and the Federal State budgetary institution "Resource Youth Center".